AN EXERCISE IN ALIBIS 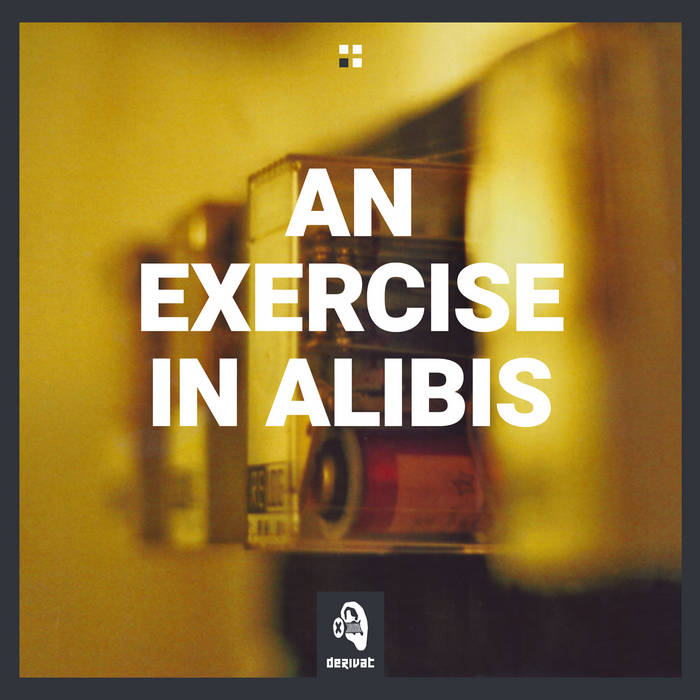 On 31-May-2019 Oldenburg’s DE3IVAT (read: derivate) release their fourth 4-track-EP »An Exercise In Alibis« on their record label Data File Music. As with their previous three EPs, this new compilation will be available worldwide on all major streaming services and as a special edition download via the label’s website.

With »An Exercise In Alibis«, DE3IVAT present a slight change in their musical direction. While their previous three EPs saw a major focus on IDM-laden electronic experimentations, »An Exercise In Alibis« focusses heavily on composition and soundscapes that could easily find their way into unmade films. Especially the title track »Mob Mentality (Coaching)« represents with its almost downtempo rhythm and orchestrally arranged sounds of noise and synths, that DE3IVAT are capable of mutating their mostly field-recorded sounds into a major musical compound. The accompanied video to »Mob Mentality (Coaching)« stresses with its excessively fluent, yet slowly crawling images, shot in the power plant in Peenemünde ten years ago, the almost monumental character of the soundscapes. Still, Dalos & Grunau understand to integrate this one little extra ingredient in their music, that produces the trademark DE3IVAT element: irony. Hence, »Mob Mentality (Coaching)« leaves space for a dub-section that creates room for extracts of Wayne LaPierre’s speech before delegates of the National Rifle Association, making the song almost rap-y in appearance. By inclusion of those selected sampled words pasted as credits into the video, DE3IVAT reveal this extra level that transforms their compositions into their multi-media art.

The EPs 2nd track »Renouncing The Discount« is certainly an accurate representation of what DE3IVAT might sound performing live on stage: The track's layers of pounding noise build and build upon an irresistible 4/4 danceable rhythm sound like a spontaneous creation. Lead heavily by beaten metallic bars from deteriorating concrete (of Bremen’s Bunker Valentin Monument), the track draws the recipient into careful listening and identifying the various layers of beats created by lovingly demolishing parts of the Bunker, all of which were produced live on location and finally tempered with in DE3IVAT’s Skylab Studio.

»In One League With The Amateurs«, the EP’s third track returns to the building complex sound layers found in the EP’s title track. This time, however, dissecting the ever omnipresent 6/4 beat into its fractured how-many-beats-in-a-bar components. Again, a short dub section gives way for voices - and irony again. DE3IVAT found another of their infamous samples of blackmailing words describing some »amateurs« who were »left to their own devices« (originally »die beiden Amateure, ja?! - Die haben wir ausgebootet«). Dalos & Grunau found herein a great method of proving some projection bias on the ignorance of mass media they experience in regard to their music and work. Hence, another self-reflecting work of DE3IVAT cloaked in self-prevailing humour.

The EP’s closing track »Strategists Of Retroactivity« sets an eerie dark mood for a insidiously dark issue: historical revisionism. Inescapable doom seems to impend over the listener as the noise of a tipper travels through the dark, arriving at a static rhythm of heavy gravity. The noise of squeaking doors give way to some sort of melody that shivers down every aural spine. Again it’s a sample of a blackmailer »calling from Geneva, in Switzerland«, that reveals the track’s ironic clue: »if the Deutschmark do not arrive, there will be many many more problems« he threatens. The yearning for »good-ole-times« is put on its head and a warning is made.

Yet, DE3IVAT wouldn’t be DE3IVAT without their optimistic view to the future as they already started work for successive EPs five and six. And it might be worth noting that plans for live performances are made for 2020. But that’s another story while any other is just »An Exercise In Alibis«.